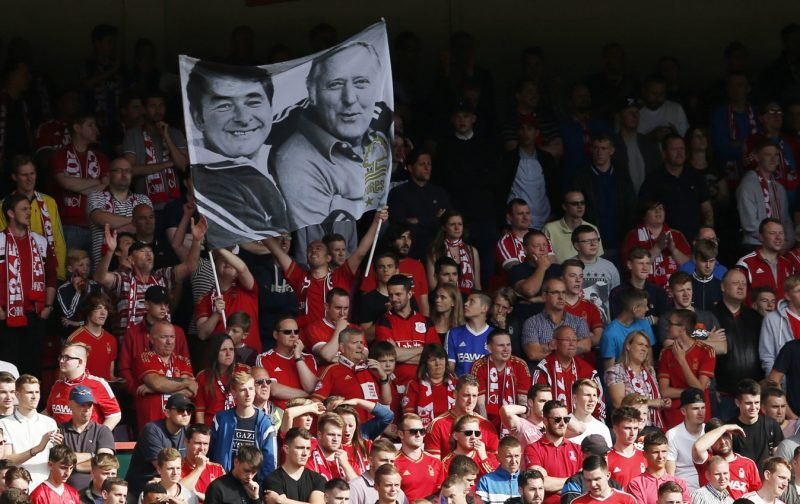 I don’t know whether to laugh, cry, jump around or start getting nervous.

Now whilst I don’t believe in conspiracy theories, fixes or anything like that when it comes to things like the fixture list or cup draws, I must say, I do get where people might be coming from.

Having managed to scrape by Fleetwood Town at the City Ground last night, Forest were rewarded with what is without a doubt the biggest game of the round. Someone get the Brian Clough Trophy ready, because they’re playing Derby County.

Whilst it may not get the same amount of attention as a league game between the two, I would argue that a cup game is actually bigger and makes for a grander occasion. In the league, you’re playing for a total of 6 points out of a possible 138, whereas cup games you can end someone’s chance of winning some silverware.

So, how did the Forest fan base react when the two club’s respective balls got drawn out of the bowl? I’ll let you work it out for yourselves.

Although rather than focusing on the opponents, a few fans got into a far more important discussion. Is the game going to be on TV? That’s it lads, you focus on the big stuff.

Lincoln v Everton more likely. Only 2 games picked 1 from each area I think

I'm hoping it's not picked for TV for more of a reason to get folk down there. Still school holidays but if priced nicely especially for season card holders don't see any reason not to be sold out

Tasty. This has got to be televised surely