Nottingham Forest enjoyed a 2-1 win over Luton Town on Saturday and Lewis Grabban got himself on the scoresheet. The 31-year-old was having a four-game goal drought in the Championship before registering against the Hatters, having failed to score in October, but Grabban looks back to form and is now one of the top-scorers in the second tier.

His goal against Luton showed off his tenacity, pace and ruthless finishing from close range. Grabban had missed an opportunity in the penalty area, but he made no mistake with his goal. The uncapped Jamaican latched onto a through ball, wrestled off a defender and slotted his effort past James Shea.

Grabban has so much pace and power in his locker, so good to see him use it, wish we would see more of this at the city ground, most of his goals come away from home #nffc

Grabban needs a chant! He deserves one! #nffc

#NFFC impressive strength and pace there from Grabban for his goal. Dare I say reminiscent of a certain Stanley Collymore.

A top top away day today. Absolutely love Luton’s Ground. I miss these old school grounds. Grabban was immense today. We played some brilliant stuff. Could’ve had more. Big up @Forza_Garibaldi for sorting the bus out. You Reds #nffc

Love that Grabban goal. Quicker than he looks, stronger than people give him credit for and much harder working than some realise. Always makes up for a miss too #nffc

Grabban – excluding missing a good chance early on, he was superb. Ran the channels brilliantly, held up the ball well & brought others in to play. Showed determination & strength for his goal, cool finish.#NFFC

Against Luton, Grabban played for 91 minutes, made 24 touches, completed 76.9% of his 13 passes, whipped in three crosses with 67% accuracy, made two successful dribbles and had three shots with one hitting the target. The 31-year-old has made 14 appearances in all competitions this season, scoring and creating seven goals.

Do Nottingham Forest need to sign backup for Lewis Grabban in the summer? 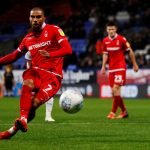 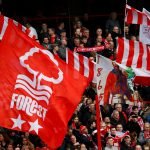 Grabban was struggling in front of goal before his effort against Luton, having scored just once since August, but he still finds himself in the top-10 of Championship goalscorers (6) and put in a good performance over the weekend.