Tiago Silva was showered with praise by some supporters after Nottingham Forest beat Luton Town 2-1 on Saturday. The 26-year-old has been starting in recent weeks due to Samba Sow & Alfa Semedo being injured, and he’s impressing alongside Ben Watson & Ryan Yates.

Silva has kept Joao Carvalho on the bench of late and is vindicating Sabri Lamouchi’s faith by putting in impressive performances. Forest returned to winning ways over the weekend, and their Portuguese midfielder was one of many credit for their contribution.

No coincidence that Ryan yates being in the team contributed to the win. Great back up for Watson in the middle of the park whilst Sow is out. Silva performing well as CAM and I'd be happy if he kept carvalio out with him passing and moving the play so well #nffc

Against Luton, Silva played a full 90 minutes, made 55 touches, completed 83.9% of his 31 passes, made two tackles, whipped in five crosses with 20% accuracy, made one clearance, created one chance, made one interception, had two shots, boasted one successful dribble and drew three fouls.

Should Tiago Silva keep his place when Samba Sow returns? 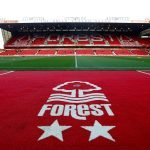 The 26-year-old has made 17 appearances in all competitions this season, scoring and creating three goals. Silva has played in an advanced midfield role at times, similar to Carvalho, but he’s impressed in a deep-lying position too. Whether he keeps his place then Sow returns remains to be seen, but he’ll give Lamouchi a selection headache.