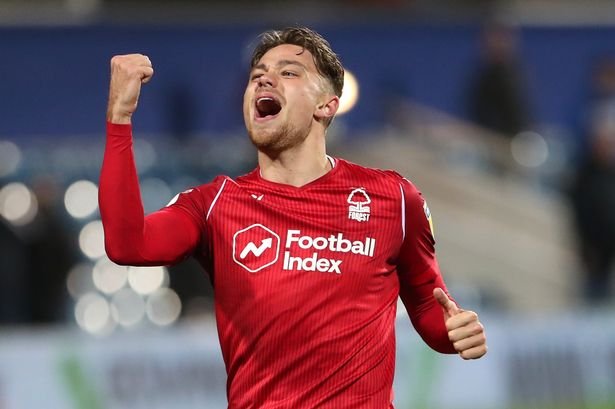 Aston Villa and Leeds United have become the latest clubs to take an interest in signing Nottingham Forest defender Matty Cash, a report from The Sheffield Star has claimed.

Cash has seemingly been in high demand since the summer transfer window, with Sheffield United reportedly seeing a £10million bid for the 23-year-old rejected.

Southampton and West Ham have also been credited with an interest in Cash, and it seems as though the list of clubs keen to give the versatile right-back the opportunity to play in the Premier League is still growing.

According to the latest reports, Villa and Leeds are now monitoring the situation around Cash, as both look to strengthen their squads ahead of the return to top-flight action in a month’s time.

Villa of course will be looking for a more comfortable second season back in the Premier League after their final day escape from relegation at the end of the 2019/20 campaign.

Leeds meanwhile, are preparing for their first Premier League campaign in 16 years, after lifting the Championship title last season, although the influence on that success of Luke Ayling makes it slightly surprising that they are looking at another right-back this summer, even one as talented as Cash.

As things stand, there are three years remaining on Cash’s current contract with Forest, securing his future at The City Ground until the end of the 2022/23 season.

This news however, will of course not be welcome for Forest.

The more interest there is in their key man, the harder it is going to be for them to retain his services beyond the end of the campaign, particularly if there is a chance he has his head turned by these rumours.

However, the club have stood firm in the face of that interest so far, and the longer they do that, the better the fee they are likely to get for Cash if they are forced to sell him, something you can be fairly confident they would rather not do.