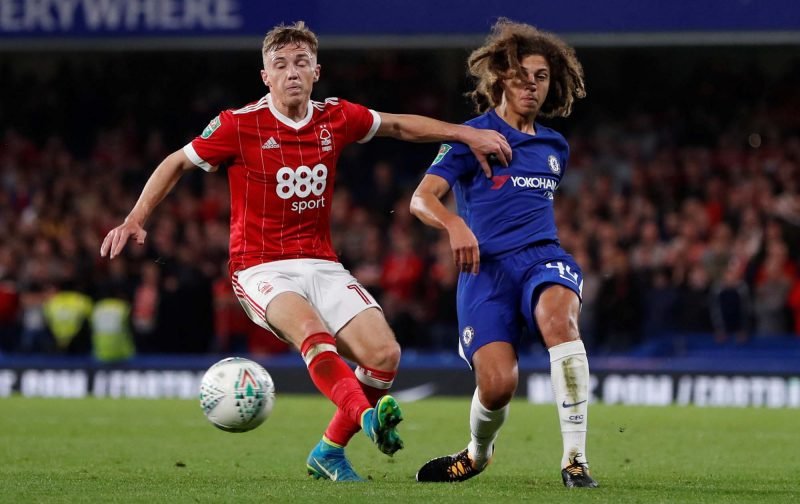 According to Alan Nixon of The Sun, Sheffield United have lodged a £3m bid for Ben Osborn. The Nottingham Forest midfielder struggled for consistency in 2019, failing to score or make an assist in the last four months of the season, but he may not be sold for so cheap. The Sun say Osborn’s asking price is at least twice United’s bid, so the Blades may have to up their offer to land his signature.

The 24-year-old has made 230 appearances in all competitions, scoring and creating 47 goals since rising through the youth ranks to the Forest first-team in 2014. Osborn didn’t have the worst season at the City Ground in 2018/19, evident from United’s interest, but the Reds may not miss him when he leaves. Keeping Joe Lolley was vital to Forest next season, and it appears they’ve achieved that goal.

Forest have been keen to sign a winger all summer, having been previously linked with Gavin Massey of Wigan Athletic, Kamil Grosicki of Hull City, Hosam Aiesh of Ostersund and Gavin Whyte of Oxford United, so a new face is expected regardless of what happens to Osborn. It’s likely the 24-year-old was being replaced, so making £6m from his sale would be good business if United are willing to pay.