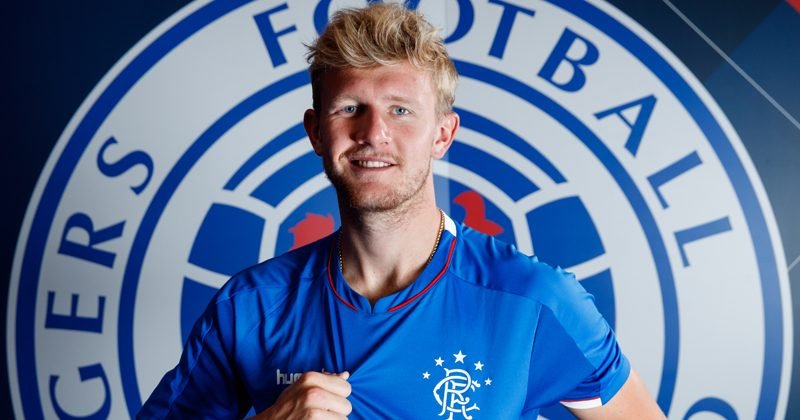 Joe Worrall has been nominated for Rangers’ Young Player of the Year after an impressive loan spell at Ibrox. The 22-year-old has been a regular at the heart of the defence since joining for the season from Nottingham Forest, making 29 appearances in all competitions (19 in the Scottish Premiership, four in the Europa League, four in the SFA Cup and two in the Scottish League Cup).

Worrall was left out of the starting eleven against Kilmarnock over the weekend but had played in 12 consecutive Premiership games prior to Saturday. His last outing was against Hibernian on March 8. He’s been a good omen for Steven Gerrard, with Rangers losing just one game in the 19 he’s played in, and has admitted to Rangers TV that he’s caught the bug of the club.

The England u21 international was frozen out at Forest but has been an important player at Ibrox. Rangers have kept 12 clean sheets this season and Worrall has been involved in eight of them. He’s helped to shut out Spartak Moscow and Villarreal in the Europa League too and could be in line to make a permanent move over the summer.

Rangers’ next face Celtic and Worrall will be desperate to feature. His value could skyrocket if he impresses in an Old Firm derby.