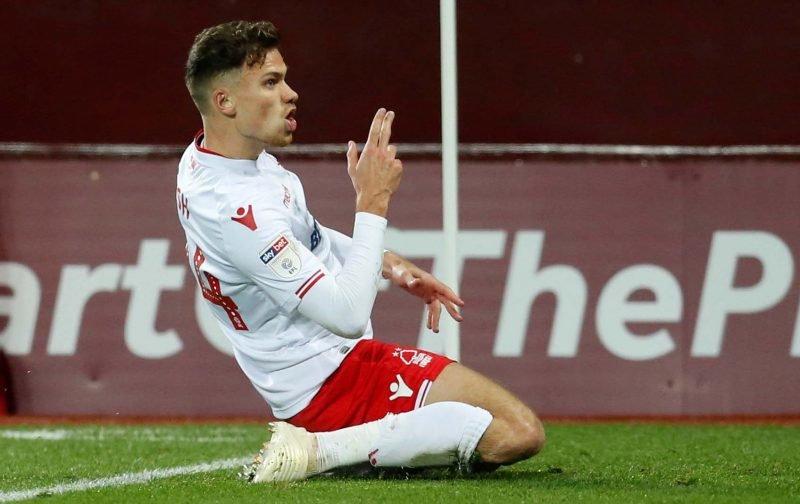 Matty Cash made his long-awaited return from injury as Nottingham Forest played out a 1-1 draw at Ipswich on Saturday. The 21-year-old has been out of action with an achilles problem since mid-February, missing six games in the Championship, but he came off the bench over the weekend and will now have a two-week break before his next game.

He revealed his delight to the club’s official website, saying: “It was nice to be back on the pitch myself. We have the break now so we just have to come back refreshed. It will be good to have a nice break, refresh the legs and come back really fresh for the last few games.”

Cash has made 33 appearances in all competitions this season, scoring and creating nine goals. The midfielder was a regular before the problem with his achilles, but he revealed that he’d been playing in pain for a number of weeks before he was forced out.

He told Nottinghamshire Live: “I played a few games with the injury. It happened at Bristol and I did actually play a few games with it, but I was in loads of pain, to be honest. It got worse and worse. After a bit of rest, it has got better.

“It was a frustrating time (but) I am happy to be back.  I am still in a bit of pain, but I am getting through with less pain. Hopefully I will come through after the international break feeling even better.”

Forest next face Swansea City on March 30 and can’t afford anything less than a win if they are to put pressure on the sides in the top-six. Martin O’Neill’s men are currently 11th in the Championship with 54 points from 38 games, coming off the back of only one win from their last four.

With the Reds struggling for consistency, Cash has a slim chance of getting back into the starting lineup. He provides a goal threat and has high levels of industry, so O’Neill may have a decision to make in the coming week. All Cash can do is impress in training and avoid a setback in his recovery.