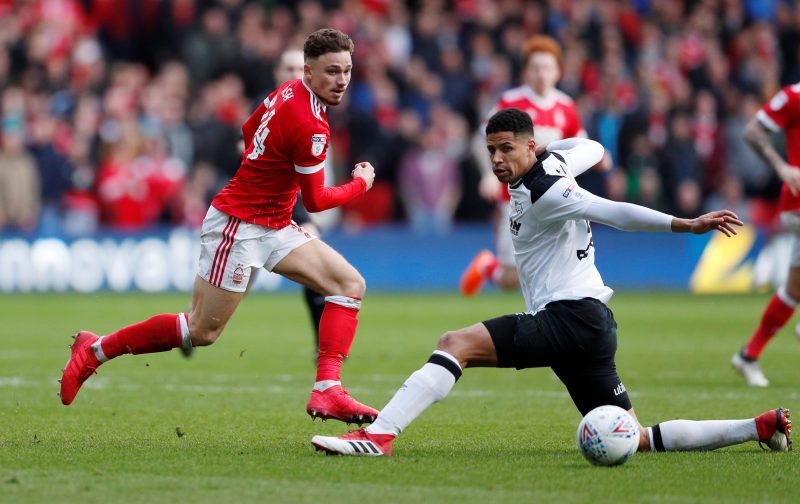 Versatile Forest youth product Matty Cash has found himself playing as a right-sided full-back of late and appears to be flourishing in his new role.

Cash has appeared in a number of roles for the club in recent seasons, both out wide and centrally, but may have found himself a permanent slot in the Reds backline.

The youngster has formed part of a very solid Forest defence alongside the likes of Michael Dawson, Jack Robinson and fellow club youth graduate Joe Worrall as they have gone unbeaten in the league since the opening day of the season.

The full-back role suits Cash’s all-round game. Industrious, combative and technically competent, the 22-year-old has a great engine on in him, allowing him to gallop up and down the right flank and help out in both attacking and defensive quarters for his side.

Following strong performances in his new role over the past week, Reds fans were quick to pay tribute to his displays on Twitter. Here’s what was said:

Cash has been a different player at right back this season????

There's been a huge improvement in the past few weeks IMO from Matty with how he thinks a bit more in the final 3rd. Used to run hard and put it in the box with little thought, almost seems to slow himself down now a bit and make better choice. Really happy for him.

Matty has got better in his new role. And Joe's loan now looks like a great move,come back a better player for it.

Cash has really matured as a player this season.

The fans are seemingly unanimous in their praise of Matty Cash and his improvement and suitability in his new full-back role.

Quite right. He was immense on Friday. Would have expected Sammy Ameobi in there as well, but well done Cashy

Not just on Friday you've been immense all season! True Red

A young player improving under a good manager. Well done ????

Many Forest fans were also quick to congratulate Cash for his recent selection in the EFL team of the week, stating the award is well deserved after the youngster’s fine start to the campaign.