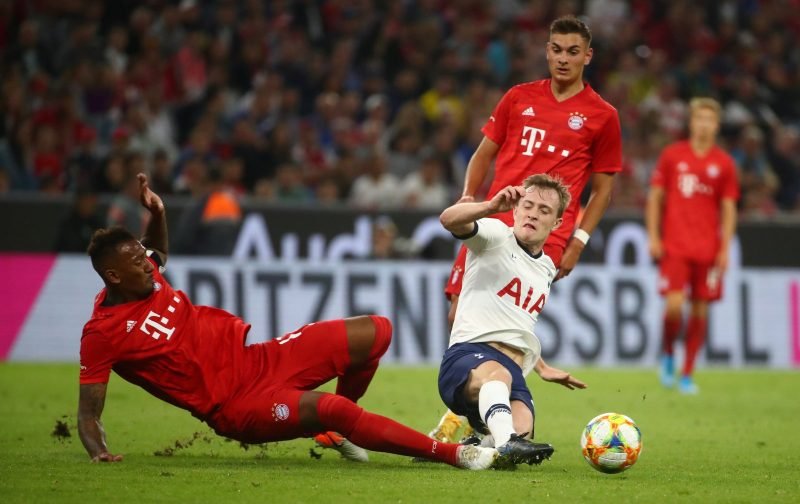 Nottingham Forest are one of several clubs who are looking to complete a loan deal for Tottenham midfielder Oliver Skipp, a report from The Evening Standard has claimed.

A graduate of Tottenham’s academy, Skipp has made 23 appearances in all competitions for the club since the start of last season, and is already valued at £6.48million by Transfermarkt.

However, it now seems as though the 19-year-old is looking to secure a temporary departure from North London, with the latest reports claiming that Spurs manager Jose Mourinho has agreed to send Skipp out on loan for next season, something which already appears to have attracted plenty of attention.

It is thought that Forest are among those who could be interested in a temporary deal for Skipp, along with Championship rivals Reading and Premier League duo Southampton and Burnley.

However, Fulham are reportedly leading the race to sign the midfielder, although whether or not they succeed in bringing Skipp to Craven Cottage could well depend on whether or not they are promoted to the Premier League via the play-offs over the course of the next week.

Interestingly, the report goes on to suggest that winning promotion could make a deal less likely for the Cottagers, since Skipp knows that he has a better chance of playing regular first-team football in the Championship at this current stage of his career, something which could play right into Forest’s hands in this particular transfer battle.

It would certainly be a useful deal for Forest if they can pull it off.

Skipp has already impressed during his outing for Spurs, and that ability he possesses would surely be a boost for Lamouchi’s side as they look to compete for promotion next season.

The fact that he is willing to drop down a level to play first-team football also reflects well on Skipp himself, and that is an attitude that will serve him well in his career, while also providing an extra lift around the City Ground, should that be the move he chooses to make.