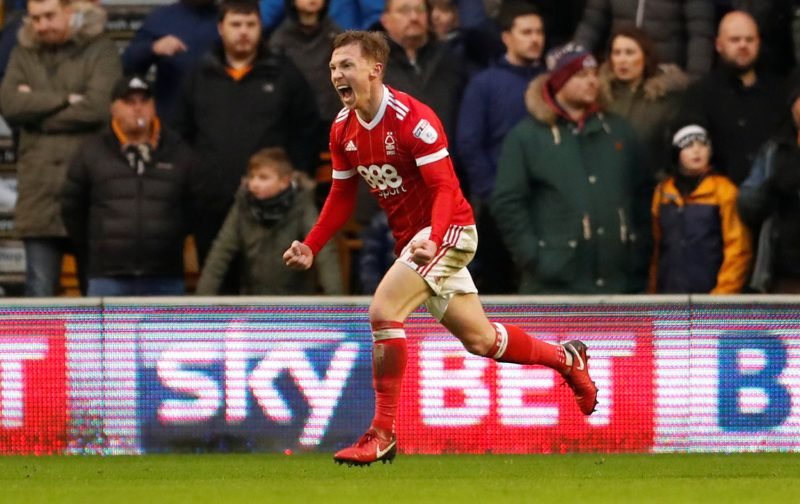 Martin O’Neill was full of praise for Ben Osborn, calling the Nottingham Forest midfielder a “top-class utility man”. The 24-year-old has made 37 appearances in all competitions this season, operating at left-back, centre-midfield, left-midfield and attacking-midfield.

Osborn is a versatile player who can fill a number of roles in the side, and O’Neill made it clear that he has a future at Forest even if he’s constantly changing positions. He told Nottinghamshire Live: “Ben has filled in, in certain positions and I suppose he would be considered our top-class utility man.

The Englishman rose through the youth ranks to the first-team in 2014 and has gone on to make 223 appearances for the Reds in the last five years, scoring and creating 47 goals. Osborn has been an important player this season too, filling in at left-back when Jack Robinson was absent or playing centre-back, but midfield seems to be his preferred role.

Osborn has contributed six goals in the Championship this season, while creating 46 chances and whipping in 95 crosses. The 24-year-old provides a big threat in the final third, but due to him averaging a tackle (60) or interception (26) every 26 minutes, he’s also an asset in defence.

“As there was only one sub in those days, Ian used to say that the great manager would always call him a great utility player but that, when everyone was fit, he would not play. That was not strictly true, because he did play a lot of games. But I knew how he felt.”

“I did not want to draw that comparison between Ian and Ben, but playing in a number of positions – I think you always want to settle into a position that you feel is your best, I have been involved in more than 10 games and maybe I am not quite sure what that is yet (in Osborn’s case).

“I think Ian Bowyer’s point was that you can suffer from that versatility. But I don’t think Ian was left out too often – and Ben has been playing pretty regularly as well.”

Osborn is expected to be in the starting lineup when Forest face Swansea City on March 30. Victory could see the Reds move into the top-six if results go their way. O’Neill’s side are currently 11th in the Championship with 54 points from 38 games this season, coming off the back of only one win in four.