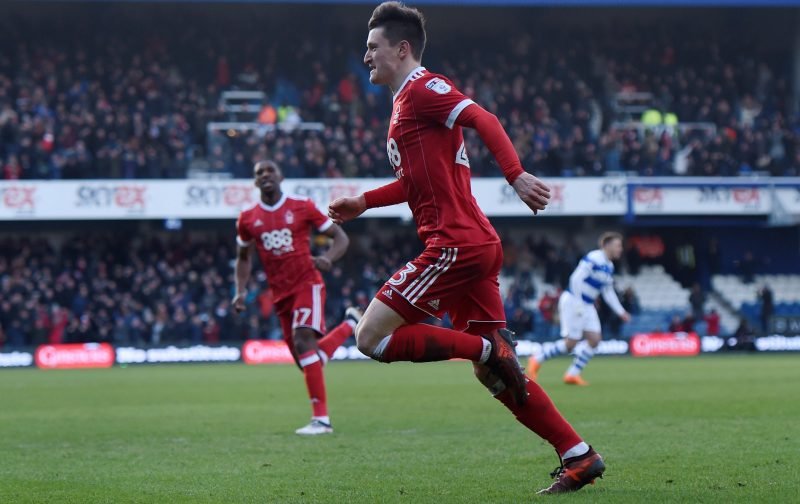 Nottingham Forest enjoyed a 1-0 win over Derby County in Monday’s East Midlands derby and Joe Lolley’s performance drew praise from some supporters on social media. The wide-man has been a key player this season and certainly lived up to his hype at the City Ground.

It was actually a sad sight last night watching the greatest LB of his generation play like that. Cole Should hang his boots up. Lolley destroyed him last night and made him look like a amateur #nffc

Only 1 game, but last night felt good! MON’s inherited a squad not built for his style of football, but what a tune he’s got out of them. The way we pressed high, marked huddlestone, we did a proper job on them.

Joe Lolley best player in the championship, prem bound for sure #nffc

Joe Lolley is class, wish we had him #nffc #lufc

Joe Lolley is too good for the championship #nffc #dcfcfans

Lolley has got to be one of the best players in the championship, unreal player #nffc

Forest’s narrow victory saw them halve the deficit to the playoff places and now they’re just one win away from moving into the top-six. Yohan Benalouane scored the only goal of the game, courtesy of a Jack Robinson assist, but Lolley was a stand-out performer.

Despite not having a hand in any goals, Lolley was influential and will have given Ashley Cole nightmares after tormenting the left-back for 90 minutes. Lolley created four chances, made seven successful dribbles and drew three fouls on the night.

He took five shots, made 63 touches, 25 passes with 84% accuracy and whipped in nine crosses with 22% accuracy. The 26-year-old has contributed 15 goals in 30 Championship starts this season and was at his best when it mattered most.

The win sees Forest eighth in the Championship boasting eight points from their last four games.