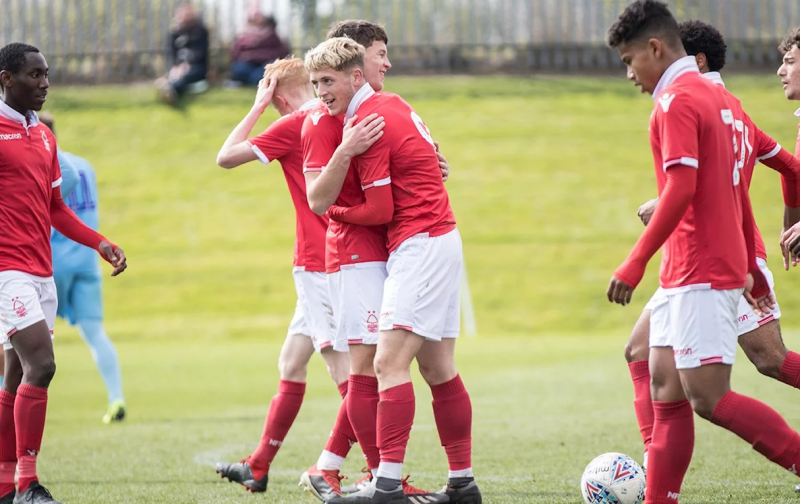 Nottingham Forest have confirmed that Joshua Barnes, Max Ram, Will Swan have all been offered professional contracts. The trio play for the u18s and could have a bright future in the East Midlands. Forest u18s finished third in the Professional Development League with 50 points from 28 games, boasting an impressive +26 goal difference.

Barnes was promoted to the u18s in the summer of 2017 and has skippered the u18 side this season. The midfielder has been a regular throughout the campaign and has been rewarded for his consistency in 2018/19 with the contract he will have coveted for some time. His next step is to impress in the reserves and push for first-team football.

Ram hasn’t been as much of a familiar face in the u18s, but he’s clearly made enough of an impression to be handed his first pro deal. The young defender was promoted from the academy two years ago and has improved enough to be in contention of u23 football next season.

Swan has been full of goals at u18 level and for the u23s, so his pro deal has been a long-time coming. His form over the last 12 months has been outstanding and the sky is the limit next season. Martin O’Neill is sure to be keeping an eye on his progress.