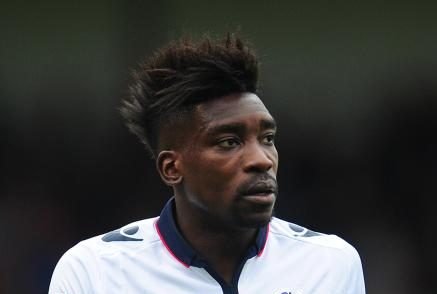 According to Marl Iles of Bolton News, Nottingham Forest are ‘set to sign’ Sammy Ameobi on a free transfer after the 27-year-old left Bolton Wanderers with 12 months remaining on his contract. Ameobi cancelled the final year of his deal at the Macron Stadium after going three months without pay and Forest could make him their first signing of the summer.

The Red have needed a winger after the lack of goals and assists from Ben Osborn and Matty Cash in 2019. They’ve also needed another striker with Hillal Soudani expected to join Olympiacos. Ameobi can operate up front and out wide and contributed eight goals in 30 Championship games last season as Bolton suffered relegation to League One.

He joined the Trotters from Newcastle in 2017 and went on to make 91 appearances in all competitions. Whether Ameobi can nail down a regular place in the starting lineup remains to be seen, but Martin O’Neill is improving the squad without breaking the bank by filling a position that Forest were short in.

Iles’ report says the former England u21 international could be confirmed as a Forest player on Monday morning.