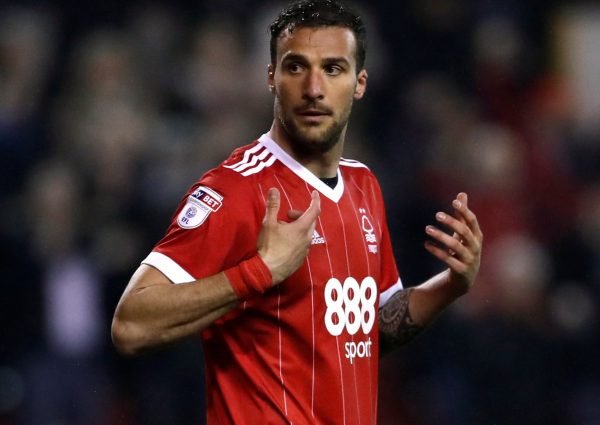 According to Sportime, Apostolos Vellios is nearing a move to Atromitos this summer, with the Greek Super League side looking to bring the centre-forward back to his home country. Vellios has struggled for playing time at Nottingham Forest and hasn’t featured since May 2018.

The 27-year-old spent last season on loan at Waasland-Beveren, scoring just four goals in 18 games, but didn’t do enough to turn the move permanent this summer or convince Martin O’Neill to give him a reprieve at Forest – Vellios has scored only six goals in all competitions since 2016.

With Lewis Grabban, Daryl Murphy, Karim Ansarifard and Tyler Walker ahead of the Greek international in the pecking order, Vellios stands little chance of getting playing time at Forest. The striker’s only hope for first-team football is to move away from the City Ground. He joined Forest from Iraklis in 2016 and now finds himself on the periphery in the East Midlands.

Vellios’ contract at Forest expires in 2020, so his exit is guaranteed this summer or next. It appears his future lies at the Peristeri Stadium, but no deal has been agreed as of yet.