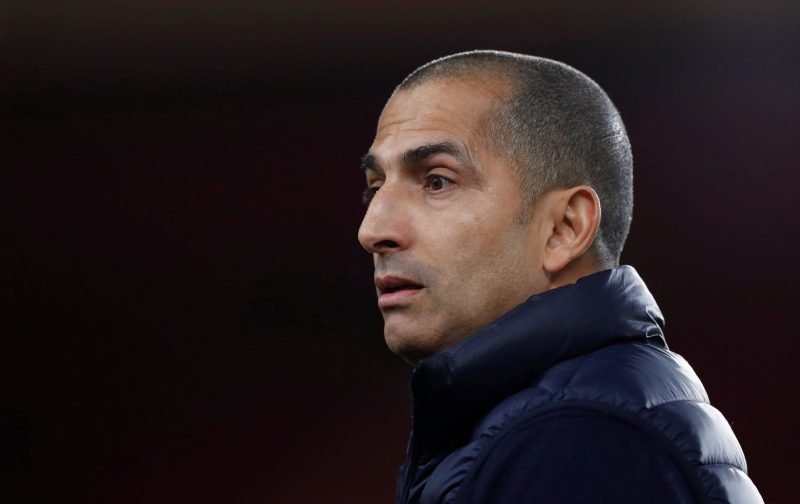 Nottingham Forest are set to stick with manager Sabri Lamouchi for next season, a report from The Athletic has claimed.

Following what had been a reasonably solid start to his time in charge at The City Ground following his appointment last summer, Lamouchi’s debut campaign with the club ended in somewhat catastrophic circumstances.

A run of six games without a win to end the season, culminating in a final day 4-1 thrashing at home to Stoke, saw Forest somehow throw away a seemingly secure play-off, and led to questions about Lamouchi’s future at the club, something which now seems to have been decided.

According to the latest reports, Forest are set to give the Frenchman another chance at the club for the 2020/21 season, as they look to end their long wait for a return to the Premier League.

It is thought that Forest’s decision to stick with Lamouchi, has been influenced by events at the other club owned by Forest owner Evangelos Marinakis, Olympiacos.

After failing to win the Greek title last season, Marinakis elected to keep manager Pedro Martins at Olympiacos, something which paid off with the club romping to the championship title this time around.

It seems as though Marinakis is hoping the same thing will pay off for Lamouchi at The City Ground next season, and it will be interesting to see how this goes down with the Forest fanbase.

There did appear to be something of a split in opinion amongst supporters over what should happen with Lamouchi following that defeat to Stoke, although you would hope he and his side will have learnt their lessons from that this time around.

Indeed, after so much managerial change at The City Ground in recent years, it could help Forest in the long-term to have some more stability in the dugout, although after the disappointment of what has gone on in the past few weeks, you feel it may be promotion or bust for Lamouchi in the coming campaign.