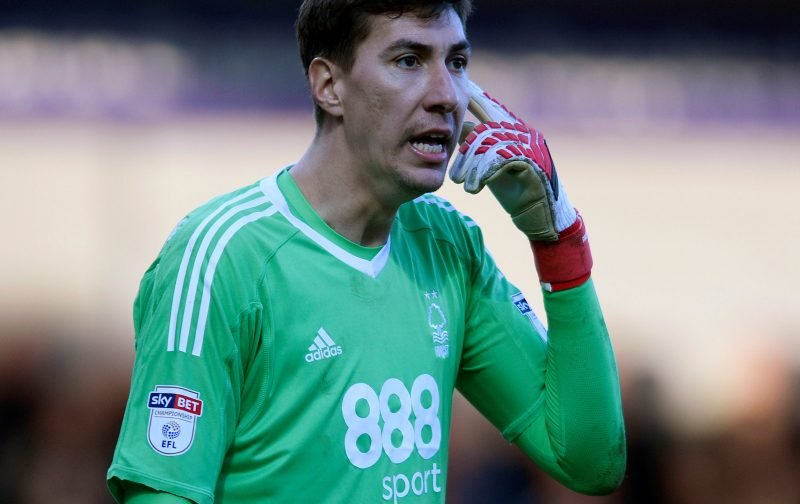 Nottingham Forest revealed on Twitter that Costel Pantilimon kept his 12th clean sheet of the season against Derby County on Monday and some fans took to social media to express their delight in his performances. The 32-year-old has made 34 Championship appearances for the Reds since joining from Watford last summer and has conceded only 38 goals in his debut season.

Much better under O’Neill. Looks more confident. Really don’t think Karanka’s style of playing out from the back suited him at all. Made him nervous and unsure and therefore a bit of a worry. I blame Karanka for that. Pants looks like the quality keeper we hoped he was.

12 clean sheets and he's getting better some fans can make a mountain out of a mole hill. Best goalkeeper we've had in a while

He’s always been a confidence keeper. You can see him react positively to crowd encouragement & negatively to groaning.

I think MON is perfect for him.

Pantilimon had 10 clean sheets to his name by mid-December 2018 after shutting out Derby County in their first league meeting of the season. He’s managed only two in the last two months but is returning to form with consecutive shutouts against Preston North End (February 16, 2019) and Derby (February 25) again.

The Romanian international has been a fantastic acquisition at the City Ground. Only Middlesbrough (24), Sheffield United (34) and Bristol City (35) have conceded fewer goals than Forest (38) this season. Only Boro (15) and United (13) have kept fewer clean sheets (12). Only Norwich City (6) and Boro (6) have lost less games (8).

After a loan spell from Watford, Pantilimon was signed on a free transfer and could not have been better value for money this season. He has two more years remaining on his contract at the City Ground.