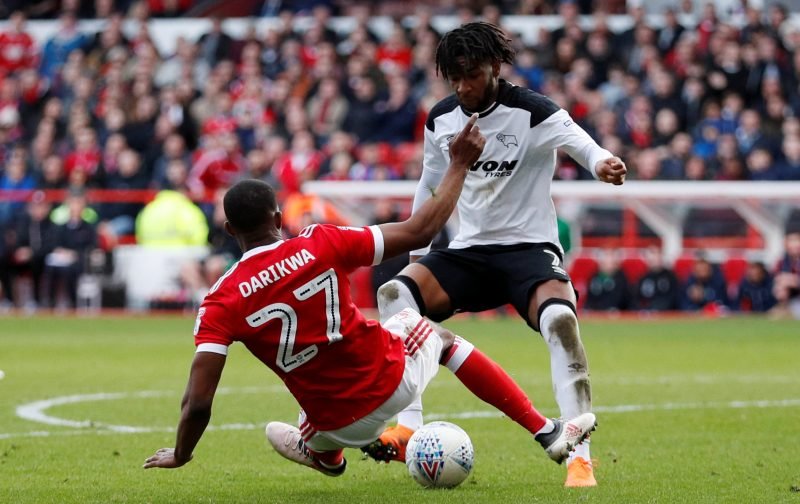 Tendayi Darikwa could have an uncertain future at Nottingham Forest with Wigan Athletic showing an interest. The Latics had their first offer rebuffed but Kenny Burns says he wants Forest to offload the defender and find a replacement in the transfer market.

Burns wrote a column for Nottinghamshire Live suggesting Nottingham Forest should sell Tendayi Darikwa because he feels the Reds “need more quality to challenge for promotion”, saying: “If I were Forest, I’d let him go. Sam Byram would be a much better bet.”

Byram has left West Ham United and joined Norwich City on a permanent deal. The 25-year-old would have been a fantastic option for Forest next season, but it was always going to be a tall order to convince Byram back to the City Ground.

Selling Darikwa could force Sabri Lamouchi to sign two right-backs this summer and may potentially leave Forest short in defence. Darikwa was first-choice under Aitor Karanka and Martin O’Neill for most of 2018/19, so selling him isn’t the best option. He should be retained, even if a new face is brought in.

Unfortunately, the Reds don’t have a lot of money to strengthen the squad this summer, so they’ll have to look at loan deals and free transfers – Alan Hutton, Todd Kane, Danny Simpson have been mentioned. Lamouchi will offload players who are surplus to requirements, but Darikwa is too useful a player to sell.