Given the lack of time that he’s been given at the City Ground this season, even if it has picked up in recent weeks, it clearly wasn’t enough to put off other teams and come in for him.

According to reports in Spanish outlet AS, UD Almeria are in the process of bringing in Chema during the January transfer window, with the report saying that a deal is ‘close’. It’s unclear at this point whether or not this will be a permanent deal or if it is just a loan so that he can get more minutes under his belt elsewhere and then try again at the City Ground in the summer.

The issue of centre-back has been a bit of a tricky one this season at Nottingham Forest, given that they have so many on their books to begin with. Then with the reintroduction of the likes of Yohan Benalouane and Michael Hefele as they came back from their respective injuries to be named on the bench against Chelsea, something was going to have to give.

In the end, it looks as if Chema is going to be the latest victim of having too many bodies fighting for one position, with Alex Milosevic having already left the club back in October.

The only question now is, is this going to be the end of the ‘purge’ of centre-backs at the club, or are there still going to be some more on the way? If and when this transfer goes through, Forest will be left with five central defenders; Joe Worrall, Michael Dawson, Tobias Figueiredo and the aforementioned Benalouane and Hefele.

Does the club have too many centre-backs? 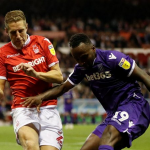 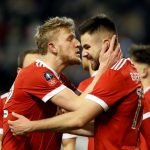 Assuming that there isn’t a serious spate of injuries and suspensions in the coming months, this should be enough to see Forest through the rest of the campaign, and hopefully the freeing up of wages, and maybe a transfer fee if this Chema deal turns out to be permanent, will go some way to helping fund the rest of the January transfer window.