Matty Cash is enjoying a bright start to the season with Nottingham Forest and finds himself being tipped for a move to the Premier League. The 22-year-old has impressed as a makeshift right-back and frequently makes WhoScored’s Team of the Week for his performances. 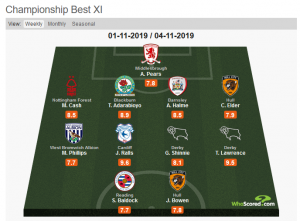 Injuries to Carl Jenkinson & Tendayi Darikwa left Sabri Lamouchi with no other option but to give Cash a go in the role, having briefly operated at right-back last season, but the decision couldn’t have gone better. The Englishman is now staking a claim as the best right-back in the Championship. 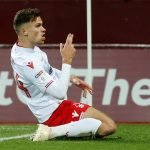 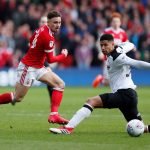 When Darikwa & Jenkinson return, Cash is likely to keep his place in the side. Lamouchi has no reason not to stick with his right-back as long a she continues performing. Selling the 22-year-old in January isn’t an option when the playoffs are still in sight for Forest – the Reds are currently fifth in the Championship with 25 points from 14 games.

They next face Derby County on November 9