Nottingham Forest haven’t made any progress with the left-backs they were linked with earlier this summer (Tom Lockyer, Martin Olsson, Caner Cavlan, Nathan McGinley), but there is another player who could solve their defensive crisis and wouldn’t break the bank – Cohen Bramall. 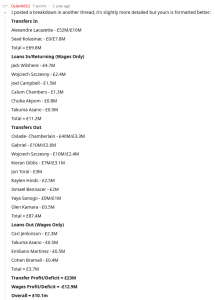 The 23-year-old was recently released from Arsenal and may be good enough for the Championship, at least in a backup role. He spent 2017/18 on loan at Birmingham City – albeit struggling for consistency – and was hoping to train with the Arsenal first-team in 2018/19.

Unai Emery replacing Arsene Wenger as manager changed the trajectory of his career at Arsenal, but Bramall is adamant that he was good enough to be in and around the senior squad. If that’s the case, he should at least be Championship level and good enough to represent Nottingham Forest.

Whether Bramall is on Sabri Lamouchi’s radar remains to be seen, however. His lack of playing time in recent years will be a worry, with the left-back never making a first-team appearance for Arsenal in his two-and-a-half years at the Emirates. The £7.7k-per-week man played exclusively for the u23s – 21 appearances.

Forest are still expected to make a move for a defender this summer, but it’s unknown if the former Arsenal man is a top priority.