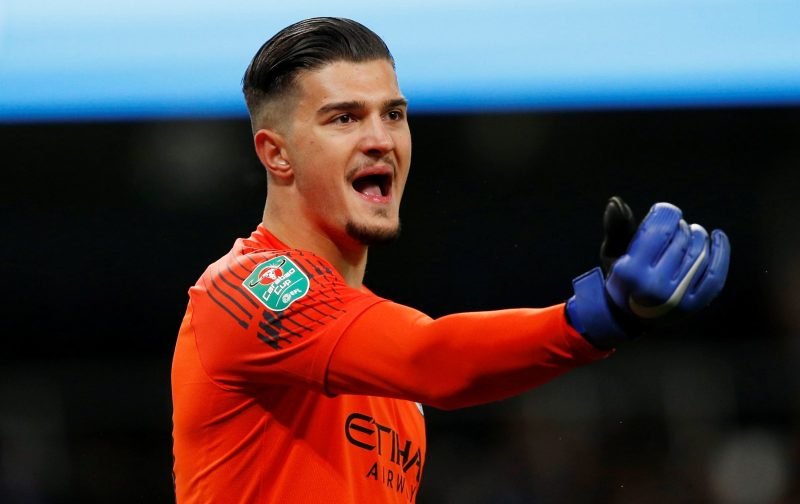 I knew this was going to happen.

There’s an old saying in American Football: ‘If you have two quarterbacks, you don’t have one.’ What this basically means, is that if there are two players competing for the same position who are roughly equal in ability and both have an equal chance of making the starting lineup, then you’re going to spend too long fixating over which one gets the nod. This then means you share the job between the two and not having an established number one.

I have said previously, during the days that Muric was linked with Forest under Martin O’Neill, that I believed the club needed to sell Costel Pantilimon, predominantly to avoid a situation like this, and that has been evidenced by what happened last night in Greece – and the reaction

After a less than stellar, but not disastrous performance in goal, there were a couple of fans who were already willing to drop Muric and called for the reinstatement of Pantilimon into the number one spot. If you have two goalkeepers fighting it out for the number one spot, eventually that will cause a schism amongst the fans with certain sections getting into arguments over who should be in goal.

That’s why I believe in the three goalkeeper system. Your established number one, a wily old veteran who is happy to sit and collect a paycheck and only be called on if absolutely necessary (see Robert Green at Chelsea), and then one youngster who is there to learn from the other two and hopefully develop into a decent goalkeeper in the future.

It’s different with outfield players because you have a level of flexibility to accommodate another player, a right-winger could be pushed onto the left-wing, a centre back could move out to full-back, and a central midfielder can drop into a defensive role or move forward into an attacking one. You don’t get that with goalkeepers, you have one and you have to stick with it.

Muric needs to be the number one next season, he comes with high enough praise from Pep Guardiola that his place shouldn’t really be under threat. But with Pantilimon lingering in the background, there will always be that desire to go back to him.

The sooner the Romanian is shipped out, the sooner that Muric’s number one spot can be confirmed the sooner he can knuckle down and not have to worry about looking over his shoulder.