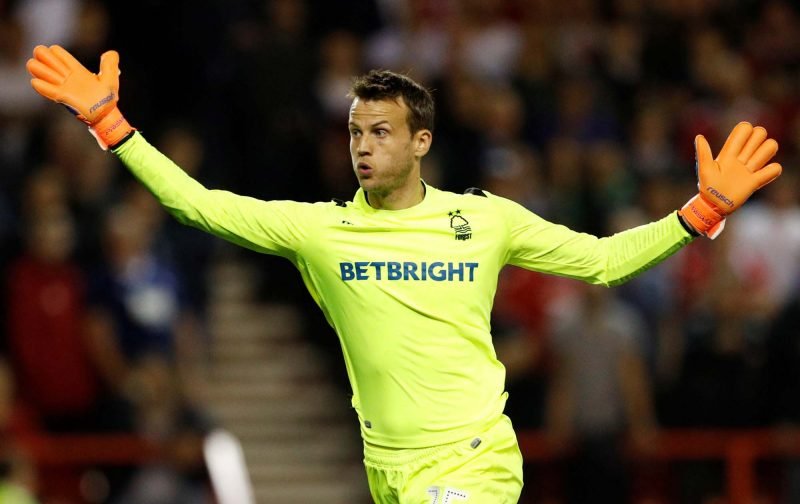 Nottingham Forest confirm that Luke Steele has joined Millwall on a short-term loan until January 2020. The 34-year-old was deemed surplus to requirements by Sabri Lamouchi and will now ply his trade at The Den for the rest of the campaign.

Steele’s future had been up in the air all summer. He was believed to be on a list of names being shown the door by Lamouchi and was left out of the matchday squad in Forest’s opening Championship game with West Bromwich Albion.

With the Reds bringing in Arijanet Muric and Brice Samba this summer, it was pretty clear that Steele would have to leave Forest to get first-team opportunities. He spent 2018/19 as backup to Costel Pantilimon, amassing only 180 minutes of Championship football and making seven appearances in all competitions.

Steele is due to return to Forest at the turn of the year, but Millwall may consider extending the loan if he impresses. It’s hard to see Lamouchi blocking such a deal given how many goalkeepers he has at his disposal – Muric, Samba, Costel Pantilimon, Jordan Smith.

Steele is out of contract next summer, so he’ll need to impress on loan to help put himself in the shop window.