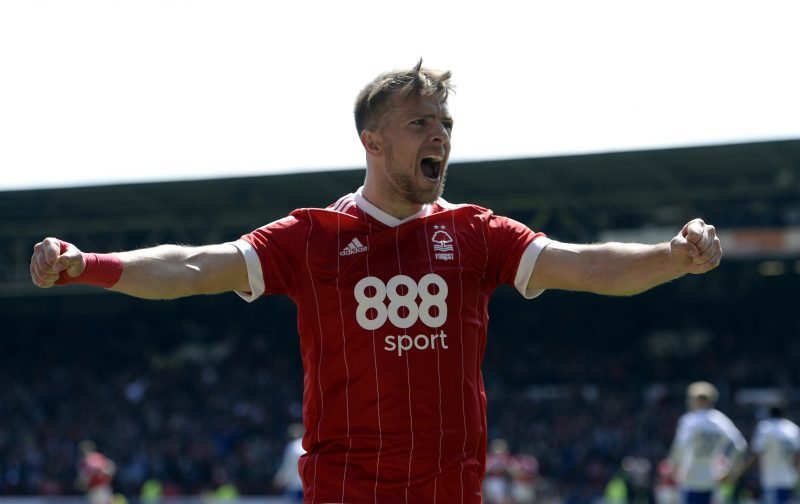 Charlton manager Lee Bowyer has admitted he’s uncertain what Nottingham Forest plan to do with Jamie Ward in January. The 32-year-old joined the Addicks on loan in August and has gone on to make 11 appearances in all competitions, scoring and creating two goals, but his loan at The Valley runs out next month and Charlton don’t know where his future lies.

Bowyer told the South London Press (h/t Nottingham Live): “He has got to go back (to Forest), for sure. It just depends what Forest want again and what Jamie wants. It is a difficult one. He has done well for us but we just don’t know what Forest are going to want for him.

“We were lucky to get him for what we did in the last window – it was right at the very end of it. Forest might say ‘we want more now’, and we ain’t got more. We have got our budget, that’s the way it is. So a lot will rely on Forest as well.”

With Ward’s last appearance for Forest coming all the way back in January, coupled with the winger being put in the ‘bomb squad’ by Aitor Karanka, he doesn’t appear to have any chance of a reprieve at the City Ground. Since joining the Reds from Derby County in 2015, Ward has been loaned out to three clubs in as many years (Burton Albion, Cardiff City & Charlton Athletic).

Forest would likely be open to him re-joining Charlton as a result but negotiating the finances could be where issues lie. Bowyer is hoping Karanka’s camp will be easy-going when discussing the terms of a potential loan deal, but it might take a number of days before progress is made.