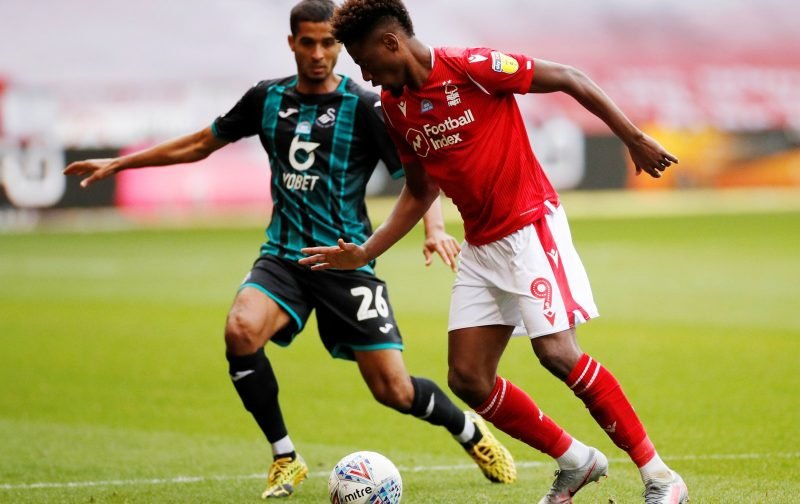 Nottingham Forest attacker Nuno Da Costa has become the latest player to break his silence on the club’s agonising end to the 2019/20 season, which he inadvertently played a key part in.

It was Da Costa’s stoppage time own goal in that 4-1 defeat to Stoke on the final day of the regular season that completed the six-goal swing needed for Swansea to leapfrog Sabri Lamouchi’s side into the final Championship play-off spot, condemning Forest to yet another season in the second tier.

Now Da Costa has opened up on the disappointment of missing out on that chance to win promotion to the Premier League, and his time since joining the club from Strasbourg in January as a whole.

Taking to his Instagram page to reflect on the events of the past few months, Da Costa admitted it is hard to find the words to describe the end to the campaign, while also thanking the fans and others associated with Forest for welcoming him to the club.

The winger went onto look ahead to the coming campaign with the club, expressing his confidence about bouncing back from this disappointment going forward.

Before turning the page on this 19/20 season, with this painful end I couldn’t find the words but all I wanted to say it’s a MASSIVE thanks to the support Y’all gave during the the season, felt it for the moment I signed and of course to the team staff and the lads who helped me get confortable in the team and made me feel in the family like I was there from the beginning! ❤️ Unfortunately we didn’t get to the point we all wanted but we will get up stronger and fight for our future goals ! Until there have good rest, be ready there are plenty of new pages to write for this massive club and massive fans ! See you soon at the city ground ! COYR ⚽️🔴⚪️

You do have to feel for Da Costa here somewhat.

That it was his own goal that ultimately cost them a place in the play-offs will have been hard to take, even though there were plenty of other moments late in the campaign that contributed to that downfall.

Having only joined Forest recently, that will not have been easy for Da Costa in particular, given he is still trying to really establish himself at The City Ground.

However, it should be noted that Da Costa had showed some signs of promise towards the end of the campaign, and you hope that is something he will be able to build on when things get back underway in a few week’s time.