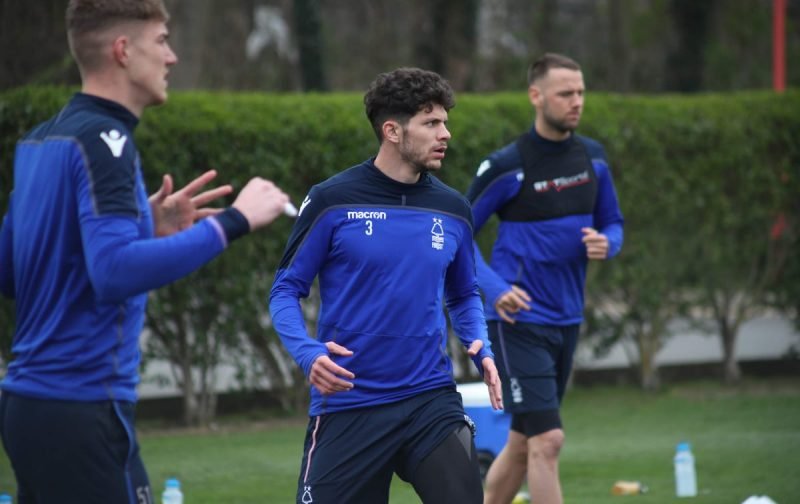 Tobias Figueiredo has been ruled out of Saturday’s clash with Queens Park Rangers, but Martin O’Neill admitted there’s a chance he could return in time to face Bolton Wanderers on the final day of the season. The Nottingham Forest centre-back has been out of action since December 22 due to a blood clot on his leg, but he’s been training for a number of weeks.

Figueiredo is short of match fitness due to the lack of competitive action in 2019, but he’s been working on his sharpness by playing for the u23s and may be in contention to face Bolton on May 5. O’Neill told Nottinghamshire Live: “We have a couple of injury concerns. Tobias is further on than big Dawson. Tobias has had (games for the u23s) and we will see.

“He has done as much work as he can and, after Saturday, we will have a little look at it, for the last game of the season. We will see.” Figueiredo has made 14 appearances in all competitions since joining Forest from Sporting CP permanently last summer, racking up 1009 minutes of Championship football.

The defender has made 74 clearances, won 43 aerial duels (44%), blocked eight shots, averaged 40 passes-per-game with 75% accuracy and has averaged a tackle (13) or interception (15) every 36 minutes. He’s been on the losing side just once in 13 games and helped Forest keep six clean sheets.

O’Neill is unlikely to rush Figueiredo back if he’s not 100% as Forest have little other than pride to play for. The Reds are currently 11th in the Championship, seven points adrift of the playoffs with two games remaining.