“Not disappointed”, “what a guy”: These Forest fans left stunned by 25 y/o’s interview 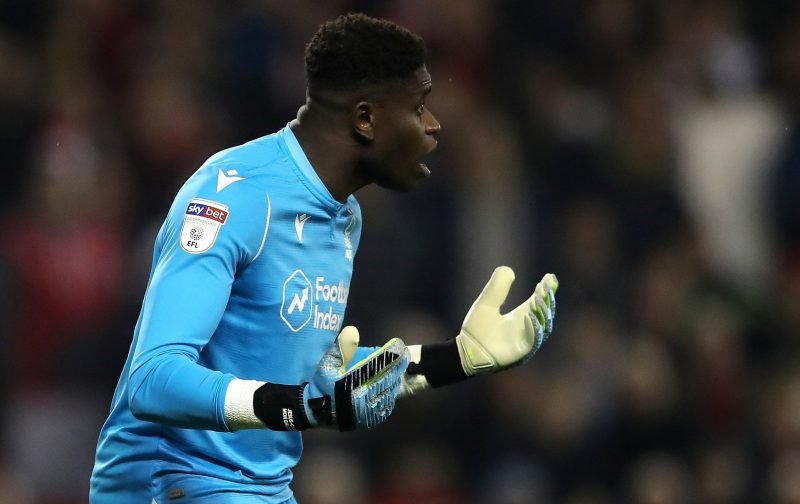 He continues to amaze us at every turn.

It’s no secret that Brice Samba has been something of a fans favourite ever since he joined the club in the summer, so it was never going to take much for fans to get excited over him no matter what he does.

He recently spoke to the club website (via Nottinghamshire Live) about how well he is settling in to life at the City Ground so far this campaign, and he had a lot of positive things to say, from head coach Sabri Lamouchi, and how his relationship with the supporters and his fellow teammates is helping Forest to achieve their goals this season.

“The supporters are amazing here. There’s a lot of players which have a good relationship. We are good friends, after training we go for food – it’s good in the team. It’s very important for the objective this season that we’re all together.”

Whilst he had some incredibly positive things to say about the team, it wasn’t what he said that seemed to fascinate the supporters, it was how he said it. I don’t know what the supporters were expecting, but they seemed to be incredibly stunned by what his voice sounded like, with many of them trying to figure out where they heard that voice before.

No wonder Brice controls his area with that voice!! He shouts and everyone has to listen!

Been waiting to hear his voice and I’m not disappointed ????

Goalkeeping is going brilliantly but a future as movie trailer voice over artist beckons ????

Were you a bit surprised to find out he sounded like that?