‘Ludicrous’, ‘Weird one this’ – Some Forest fans react to bizarre news about former owner 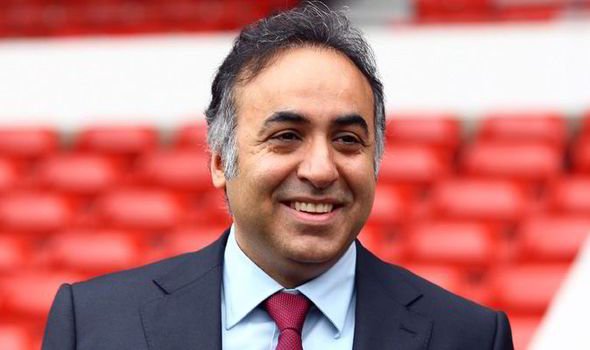 Whenever you leave a workplace, you might be tempted to try and take things with you as you leave, sort of a leaving present. A couple of pens, a notepad and maybe an office chair if you’re really ambitious and reckon you can sneak it out without your boss seeing.

However a report has emerged from The Guardian, that former owner Fawaz al-Hasawi has taken with him something a little bit more valuable, the club’s replica of the 1959 FA Cup. The report suggests that Forest did not have a replica of the 1959 FA Cup in their possession when Al-Hasawi took over the club in 2012, and so he commissioned the replica at a cost of £23,000.

Whilst news like this isn’t a big shock to Forest fans, given how he ran the club, making his way through nine different managers during his time at the City Ground and even having to fight off claims that he was interfering with team selections, something that he strenuously denied.

Amazing, truly is the gift that keeps giving, you’d have to pinch yourself to remind yourself that this was once our owner ????…..#nffc

So when the news broke that he was still in possession of the cup, a few Forest fans took to Twitter to express how they felt over the situation. Some seemed to think that this was just normal behaviour by their former owner and weren’t too bothered by it, whilst others took it up a notch, saying that this was one example too many of how badly he treated the club during his time there.

So Fawaz has stolen our FA cup now? Is the guy mentally deficient or something? Surely he doesn’t think he could just keep it because he used to own the club? #NFFC

Certifiable. Someone go get the cup from him. Dont want him even in the car park.

Weird one this. Why wasn’t the trophy in the club pre Fawaz & why did previous owners take it? For such nominal £23k costs, I can’t understand why we’ve not just replaced it if Fawaz is being his usual self about it. Then again, they’re his words which used to mean very little.

Someone get a Kickstarter going so us fans can fund a replica and be done with him ✌????

surprised he hasn’t snuck back in during the night, and taken his big Telly’s away.

At least he left the big screens.!