‘If he’s sold, we riot’, ‘No brainer’: These Forest fans are reluctant to see 16-goal man depart 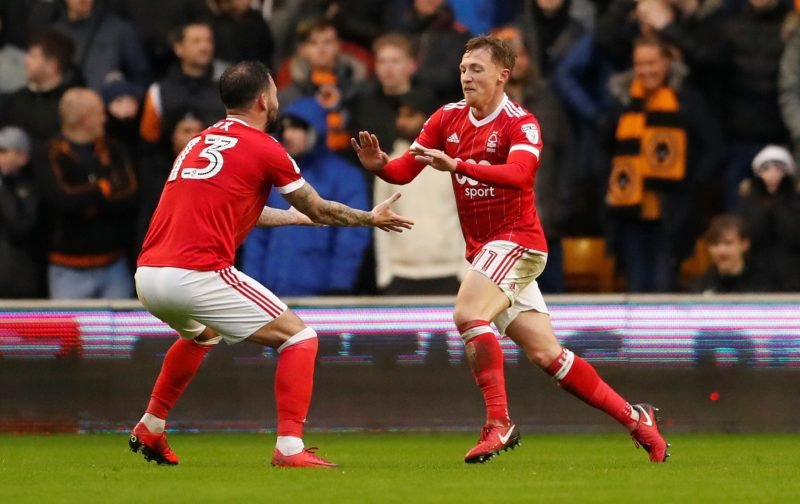 The clear out at the City Ground looks set to claim another victim, although this one isn’t one of the elder statesmen.

Twenty-four-year-old Ben Osborn, who has scored 16 goals in his 230 appearances in the Garibaldi, is on the verge of completing a move to Premier League side Sheffield United. Osborn has been a regular for Forest since he made his first appearance for the side in the latter stages of the 2013/14 season.

It’s never nice to see a player you like leave, especially after they’ve been with you for so long. When that bid comes in from a team in the division above you though, it takes some of the sting away, because you know it’s not just for the money, there’s an element of progression in there as well.

So when the news came through that the deal was that much closer to being completed, Nottingham Forest fans took to Twitter to express their, I suppose the best word is acceptance that the deal is about to be completed.

Although there was one fan who was less than happy to see the move go through, insisting that it’s only acceptable if they get a reasonable fee out of it…

Love him. Said it many times. But maybe our destiny to promotion needs wholesale changes and doesn’t include Ben Osborn.
Good luck to him #NFFC https://t.co/j188ifHTJ9

Say what you want about Ben Osborn but he’s always given everything, never put in half a shift. He should leave with the respect of the #NFFC faithful and deserves a crack at the Prem with #SUFC

Perfect fit with Chris Wilder and will do well for them. He’s a dark horse imo

Breaking from the cricket briefly. Ben Osborn. For what it’s worth, he’s a handy squad player and playing over 200 times is not to be sniffed at. If his departure means that financially we can keep Lolley and Carvalho, however, it’s a complete no-brainer. Just my opinion. #NFFC

Not his fault Forest have failed to show stability over the last 5/6 years .
If we built a more consistent club, sure he would of improved too but how many managers has he had at Forest now?

Good luck to him. Never got the hate he received, always glad to see him in the side. Deserves a pop at the Prem after trying for so long to drag Forest there.

For the record, if Ben Osborn is sold we riot, especially if it’s anything less than £10m

If the fee is sensible, then it’s probably in everyone’s best interests at this stage of his career and contract. Grossly underrated player though.