“Here we go again”, “Vultures will fly in” – Latest transfer news has some Forest fans worrying

Some Nottingham Forest fans have been reacting to reports that we could be forced to sell defensive duo Matty Cash and Joe Worrall if we do not achieve promotion to the Premier League in the current campaign.

The Reds are fifth in the Championship and are in the mix for promotion as we sit 10 points behind West Bromwich Albion in second and five points ahead of Bristol City who sit just outside the Play-off places.

Cash and Worrall have been two of our most important first-team players, with both starting over 30 games each this season. Football Insider previously reported that a combination of revenue issues and missing out on promotion could see both individuals leave the club, due to the season being suspended. 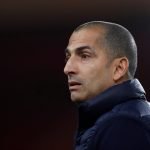 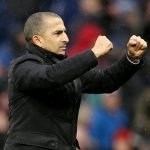 The same source revealed that we rejected a £12m bid for Cash in January, and Worrall has been linked with various Premier League clubs for the past few years.

With this in mind, supporters feared the worst and made their feelings clear about it on social media. One fan said “here we go again”, and was frustrated over the fact we produce a decent a team and then be forced to sell, while another similarly said that “it’s always the same”, referencing the sale of Jermaine Jenas in 2002.

If we don’t go up, I was expecting we’d sell Matty regardless. He’s a PL class player (hopefully with us) if not sadly someone else. #NFFC

Here we go again… produce a decent looking team then be forced to sell the homegrown talent.

Look forward to finishing 13th for the next decade.

The vultures will fly in and if there’s a loss of tv money, fees will plummet. At least you’ll get a good fee for Cash. Bird only just broken into our team will see us get £5m max.

It’s always the same. Sell the kids to stay afloat. It’s 2001 & selling JJ to Newcastle all over again x https://t.co/KH9ngruYBG

Fantastic excuse, everyone knows if we don’t go up they’ll be off anyway. As good as Cash is Darikwa will slot perfectly into this team and Worrall is also replaceable, wed get at least £25 million for them combined too. https://t.co/8JMEslVkl5

We’ll be stuck in the championship forever if we are always selling our best players. Nffc aka selling club https://t.co/ZeXQl3oWMV