Have Forest finally found their replacement for Assombalonga? 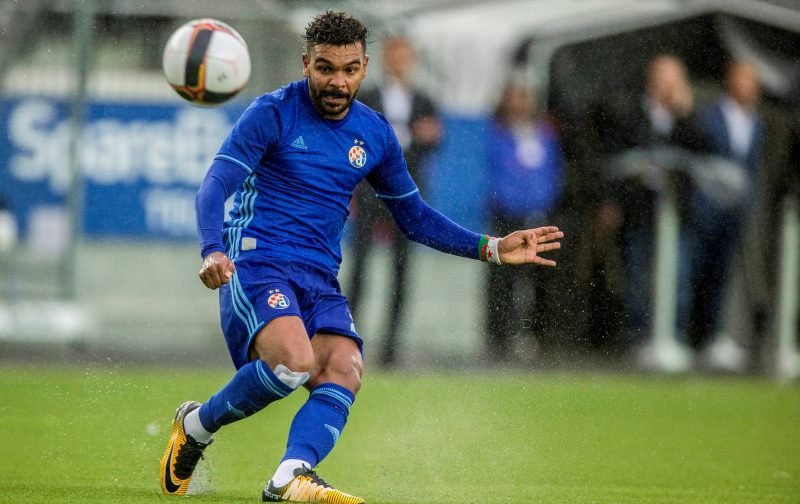 Recent speculation has suggested that Dinamo Zagreb’s El Arabi Hillel Soudani is on his way to Nottingham Forest.  Could the 30-year-old finally replace Britt Assombalonga?

According to La Buteur, as cited by HITC, Forest are closing in on the signing of Dinamo Zagreb striker, Soudani. The experienced talisman has been a crucial figure for the Croatian side since his arrival in 2013; now, the Algerian forward is poised to assist Forest as they look to challenge for promotion to the Premier League.

A lack of goals was a severe issue for Aitor Karanka’s side in the Championship. In fact, they averaged just over a goal scored per game last season, which is far too minute to challenge in such a competitive division.  Kieran Dowell concluded the campaign as Forest’s top scorer in the division (nine goals), which is a damning illustration of their attacking woes. The potential arrival of Soudani could help negate those concerns.

In 197 games for Zagreb, the Algerian forward has amassed a respectable total of 86 goals. During his least prolific season with the Croatian side, the forward still managed to score 14 goals in all competitions, which is a testament to his attacking prowess.

Soudani concluded the campaign as Dinamo’s top scorer with 17 goals, and his efforts were rewarded with the Croatian league’s player of the year award. Additionally, in 41 games for Algeria, Soudani has attained a respectable total of 21 goals. These statistics are reflective of his attacking proficiency, which could be of exceeding benefit in the Championship.

At the age of 30, the striker possesses the necessary experience and qualities to make a purposeful impact at Forest.  The key to his prospective success is whether Soudani can emulate his goal-scoring talents in England; he has already testified his credentials in Portugal and Croatia.

What are your thoughts? Is Soudani a good signing? Let us know!