‘Had a great season’, ‘Looks like Bambi’ – A lot of Forest fans defend player as bid comes in 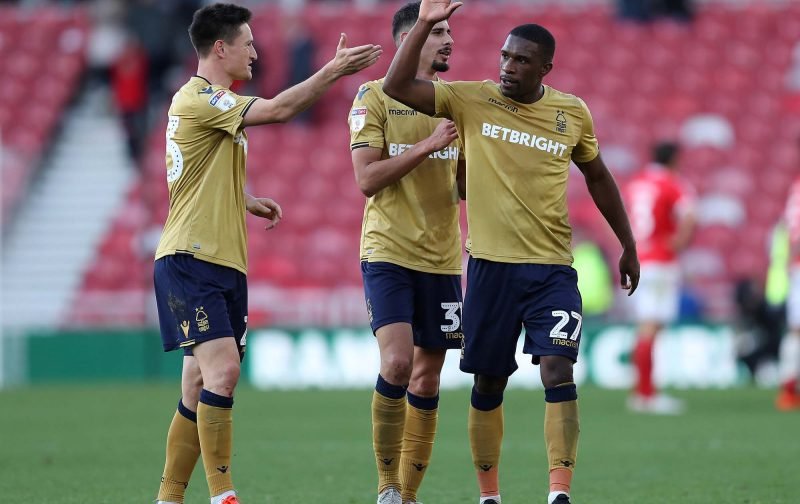 This business was certainly taken care of rather quickly.

Sun journalist Alan Nixon reported last night that Wigan Athletic had made an offer for Forest right-back Tendayi Darikwa. Darikwa signed for the Reds in 2017, and the Zimbabwe international has two years remaining on his contract, so whilst the club are not in a position where they have to sell this summer, it’s not as if he is tied do for a long time.

However, it has since been revealed that Nottingham Forest have rejected the approach from the Latics, with Darikwa being seen as a vital part in Sabri Lamouchi’s plans this season.

The news will come as great relief to these Nottingham Forest fans, who took to Twitter after the initial bid was reported, showing their willingness to defend their defender until the bitter end. A bit surprising if you ask me, given his performances from last year where he only managed to get one assist.

However, perhaps the cries were more out of desperation, seeing as he is the last senior right back remaining in the squad.

Only argument I seeing being used to say that Darikwa should be sold is him being ripped apart by Dan James, the the same Dan James who’s just signed for United… bore off. Other than that he was solid last season, would be more than happy if he stays. #NFFC

I’d keep darikwa tbh,in an attacking system he’s decent,people seem to remember him under mon where he wasn’t allowed to over lap,he’s underrated imo

Darikwa one of the last players we should be selling. Had a great season last year and no worse than Byram at all #nffc

One that can go for me. Just think that RB role needs to be someone continually reliable. Darikwa has a great month and you think he’s put it all together, then he looks like bambi again. If we can get a fee for him and move his wages on, we should do it. Jayden Richardson.

In two minds about this one. I like having Nottingham born players in the team. Something that is becoming increasingly rare and therefore precious. On the other hand, I can see that we are heading for a complete overhaul of the squad. Time will tell if it works out.

I’d like to keep him gives energy & hopefully international experience has helped improve him. Thou I’d like Zeffane in to battle him for 1st choice. Give Richardson few games in Cup hopefully have another mini run…

Darikwa a steady RB imo…worth keeping. Far more rubbish ahead of him to get rid of first #Nffc

Whether or not Wigan come back with a second bid for the 27-year old remains to be seen, however it looks as if they will have to convince more than just the Forest board to get their man, they’ll have to go some way to making it worth the Forest supporters while too.