“Get the guy a hammock”: Lots of Forest fans left amazed by moment of skill v Bristol City 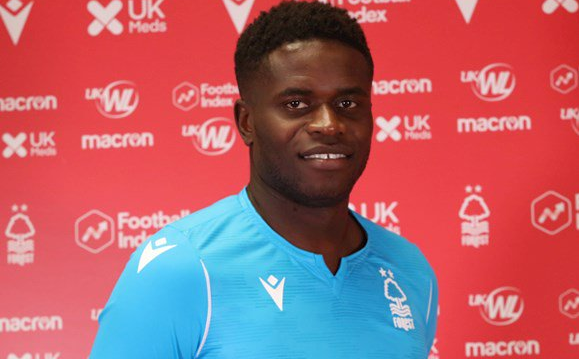 Is there anything this man can’t do?

Nottingham Forest keeper Brice Samba has already established himself as a fan favourite during his time at the City Ground, whether that be for his displays on the pitch, or perhaps more bizarrely, a few brief moments off the pitch. This moment however came in the former category.

Samba more or less turned into peak Manuel Neuer during the game with Bristol City, with this fancy bit of footwork despite the pressure of an on-rushing Bristol City attacker, it was an awfully big risk, but it paid off and turned out to be one of the few highlights in what wasn’t exactly the most entertaining of games.

Given his status among the fans, they were never going to miss out on the opportunity to swoon over the 25-year-old and his, let’s call it ‘eccentricity’, so they took to social media to express their joy at yet another magical moment from the Congolese man.

Our best keeper since Shilton perhaps…..?

Get the guy a hammock ! He's super cool

I know it’s early but I’m calling it, statue for Samba at the World Famous City aground!

Play him centre midfield on Wednesday. Tbf he could probably keep the net as well #NotAllHeroesWearCapes

This is what I love to see

They weren’t the only ones who wanted to pipe up though, as the man of the hour also got in on the act, telling his side of the story with a relatively simple emoji.

And in case any of you were wondering, he was saying he ‘sent him for a hot dog’, which is a phrase that’s made its way into the footballing lexicon.