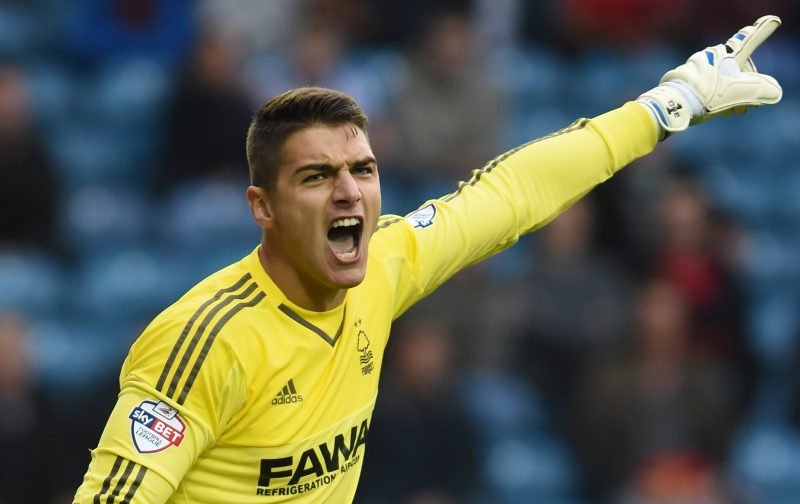 Nottingham Forest agreed to mutually terminate the contract of goalkeeper Dimitar Evtimov at the end of the August transfer window and he departed having only made five appearances for the club following his arrival back in the 2011/12 campaign.

He secured himself a quick deal with Burton Albion and the football fates determined we would meet them quickly in the EFL Cup fourth round tie on Tuesday evening, and I’m sure no one needs reminding they deserved their 3-2 victory on the night.

The 25-year-old came in for some stick during the 90 minutes but it was largely good natured and he responded in kind it seems from the stories doing the rounds, but he most certainly acknowledged the fans on the night and he also took to social media following the match to send the Forest faithful a message.

Well… what a night, especially for me.
Extremely happy with the win, because we deserved it and we proved all the doubters wrong!
I will always respect Forest and the fans behind this huge club! Wish them a promotion back to the Premier League!@burtonalbionfc

As you can imagine that went over incredibly well despite the anger and frustration at our own exit from the competition in light of the performance.

Well played Dimi. Best of luck in the next round. Deserved ????⚪️ #nffc

A lot of respect for you Dimi, a class act at the end of the match.

Hope you go far in the competition.

He came and clapped us. Also had a bit of craic just before the 2nd half when we sang “you used to play for a big club”. Fair play to him and hope they go on and do well.

Nice one mate. Miss you at forest bud.good luck in the quarters kid

Good luck Dimi. Nice touch at the end in your respect to the fans. All the best in your future ????

Dimi as you could see last night us forest fans hold you in high respect and you respected us the same ,all the best at #burton and in the cup

Well done Dimi from a Forest fan! You’re at a better place with a much better manager @Karanka is an absolute joke! Good luck in the future