It was end of year disappointment for Nottingham Forest as we travelled to The Den to face Millwall on Saturday in our final match of 2018.

Manager Aitor Karanka’s side dominated the statistics that mattered from the 90 minutes having more of the ball and the greater number of efforts on target, but with the hosts taking a ninth-minute lead, our efforts didn’t result in an equaliser and the defeat built on frustrations from the Norwich City capitulation in the previous match.

Statistics website Whoscored weren’t very complimentary in their player ratings from the game, as immediately post-match they gave midfielder Jack Colback their Man of the Match rating with 7.06 for his efforts on the day. 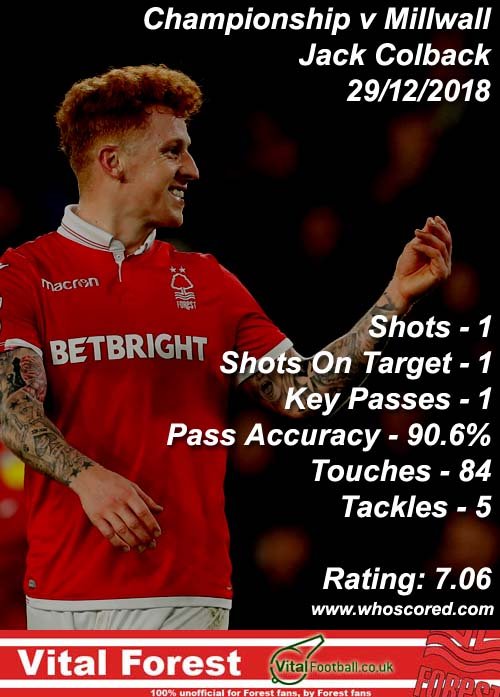 The scores were revised following the game, and Joe Lolley has now been given 7.27 to take Man of the Match, with Colback boosted to 7.25 to take second place.

With ongoing speculation about Karanka’s future, this result hasn’t helped quieten the rumour mill but our Play-Off hopes remain alive as long as we can get back to winning ways quickly in the New Year.