Forest Man Had Another Lively & Impressive Night Against Derby 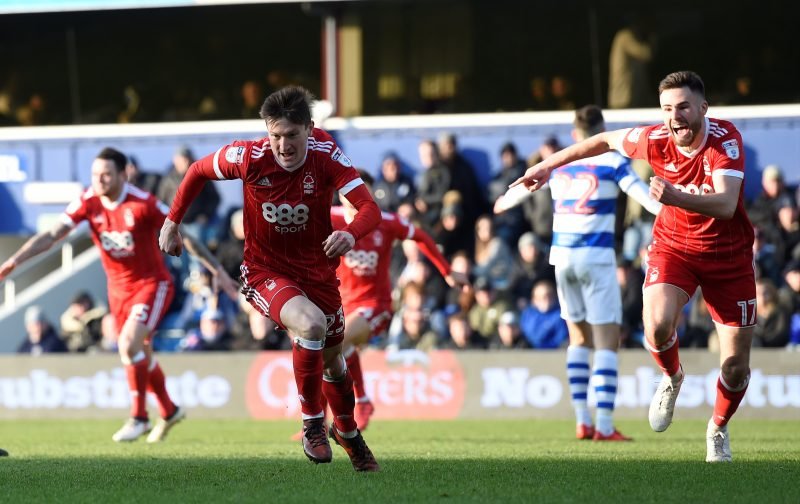 Given the already vague speculation surrounding Joe Lolley in the media and their invented January transfers away from the club as he continues to impress at Nottingham Forest this season, his performance against Derby County yesterday evening is going to do nothing to temper the rumour mill.

The 26-year-old’s importance to manager Aitor Karanka’s side speaks for itself and he proved his worth once again at Pride Park on Monday night and was desperately unlucky not to break the deadlock as his effort came back off the woodwork.

Statistics website Whoscored rewarded his showing with a Man of the Match rating of 7.48. 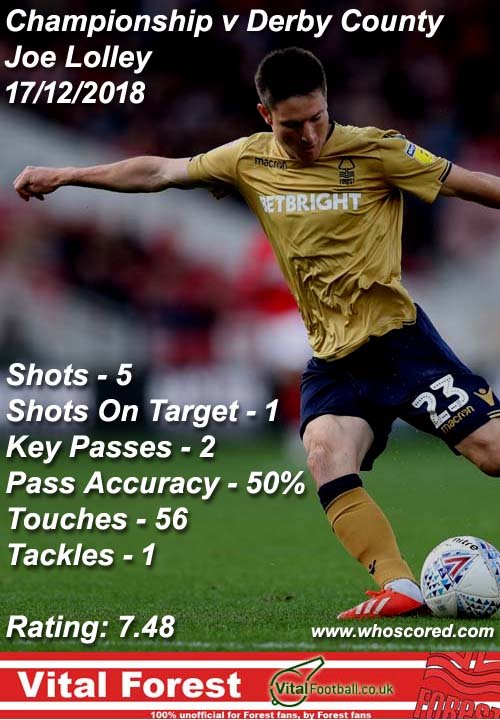 Fans would’ve hoped for more but we did edge the statistics in the game really. On the back of the disappointing defeat to Preston North End in the last match, the draw gets us back unbeaten and we just have to build on it now again.