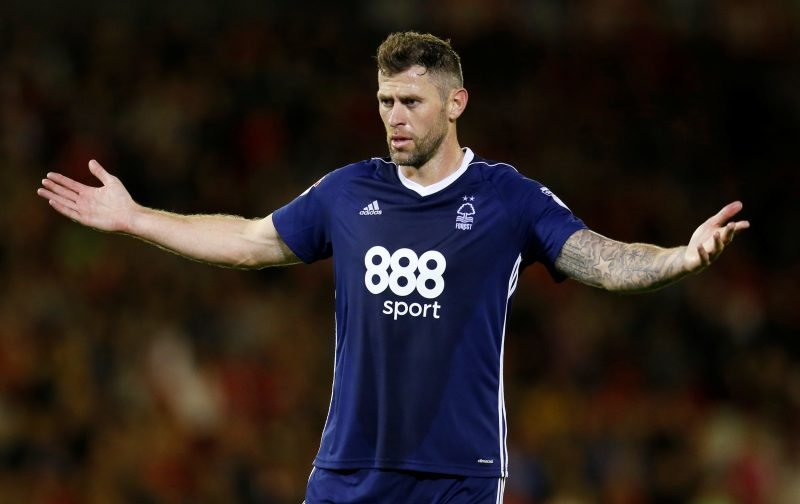 Daryl Murphy had his contract cancelled at Nottingham Forest to facilitate his move to Bolton Wanderers on transfer deadline day, but he’s still yet to feature for his new club more than two weeks later.

Bolton have struggled for goals this season, scoring just once in seven League One games, so supporters are understandably desperate to see their newest striker in action to stand a chance of staying in the division – Wanders are bottom of League One with minus 10 points.

@MarcIles any indication from club as to when Daryl Murphy or Chris O'Grady will be match fit? #bwfc

How ideal would Daryl Murphy have been last night, especially in the second half? Just feeling nostalgic, nothing against Will Keane #itfc

By the sounds of it we’re playing some really nice football and just missing that finishing touch for the goal. Getting Daryl Murphy in the team surely will help with that?

Daryl Murphy up top and we’d have won that

Former Bolton manager Phil Parkinson revealed that Murphy is recovering from injury. He said on the ‘EFL on Quest show’ (h/t Nottinghamshire Live): “(Survival is) possible with the players they’ve brought in. Daryl Murphy is key.

“Unfortunately he’s got a bit of an injury at the moment, but he’s a goalscorer who has scored goals at a higher level. If they can get him fit and playing week, week out then they’ve got a chance.”

Murphy hasn’t played a lot of football in recent months. He racked up just 209 minutes of football in April and May, was left out of Forest’s pre-season squad over the summer and didn’t feature in the Championship under Sabri Lamouchi either.

The Republic of Ireland international is now working on his fitness at Bolton, so fans may have to be patient for his return.