Explained: Why Gboly Ariyibi could be staying at Nottingham Forest 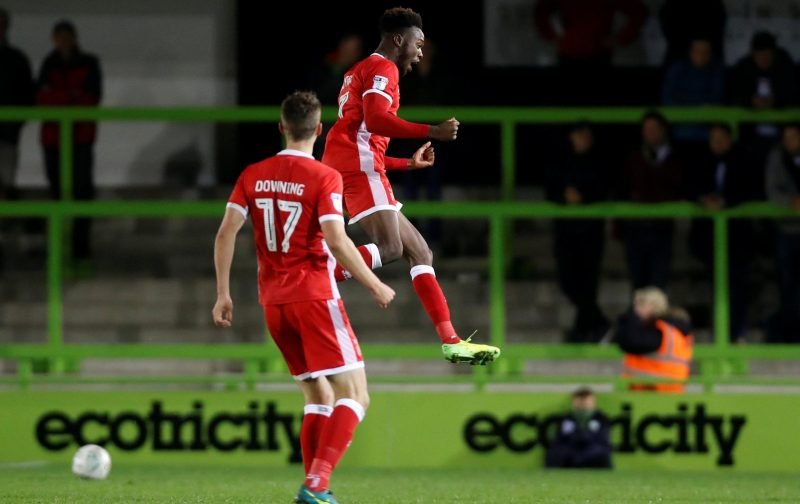 Gboly Ariyibi looked destined to join Motherwell on a permanent deal this summer after impressing at Fir Park last season, but it now appears his future lies elsewhere. The 24-year-old contributed seven goals in 18 games for Motherwell and would have been a great addition to the squad, but manager Stephen Robinson revealed a return to Scotland isn’t on the cards.

As per the National, Robinson said earlier this month: “I wouldn’t think that is a possibility, no. I’ve tried very, very hard, but Gboly has indicated to me that he is looking at other things. We’ve got wide players in, and I’m very happy with the players we have.” Aribiyi could be staying at the City Ground as a result, but it’s hard to see him featuring under Sabri Lamouchi.

The 24-year-old wasn’t selected for Forest’s pre-season tour of Greece and doesn’t stand much chance of dethroning Joe Lolley, Ben Osborn, Matty Cash, Albert Adomah and Sammy Ameobi in the squad. Ariyibi is in the final year of his deal at the City Ground, so Forest could cash in now rather than lose him for nothing next year. His next destination is unknown, however.

He’s turned down Motherwell but doesn’t appear to have any other suitors willing to lodge a bid. Ariyibi only has three weeks to find himself a new club before the summer transfer window shuts too.