Explained: When could Carl Jenkinson return for Nottingham Forest?

Carl Jenkinson has been out of action for more than two months with an ankle injury, but he appears to be nearing a recovery. Nottingham Forest revealed on Friday that the 27-year-old could return after the November international break after making a ‘step forward’ with his rehabilitation.

Jenkinson has made four appearances in all competitions since joining from Arsenal over the summer, but his last outing for the Reds came against Preston North End on August 31. He’s been sidelined ever since and may struggle to earn his place back under Sabri Lamouchi.

Without a fit and available Tendayi Darikwa, Matty Cash deputised at right-back and has been undroppable in recent weeks. The 22-year-old has contributed four goals in 12 Championship appearances, creating nine chances and whipping in 49 crosses with 27% accuracy.

Who should be Nottingham Forest's right-back when everyone is fit? 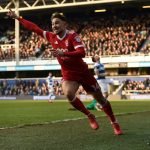 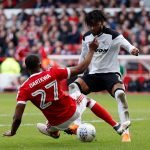 After Luton (November 2), Forest face Derby County (November 9) before their two-week international break. Sabri Lamouchi’s men will then have three games in eight days before December – Bristol City (November 23), Queens Park Rangers (November 27), Cardiff City (November 30) – but it remains to be seen if Jenkinson will feature.