Yohan Benalouane has been recovering from a hip injury since July and has been working hard to return for Nottingham Forest. The 32-year-old’s last appearance came against Sheffield United on April 19, but he’s expected to be back on the training ground in mid-October. 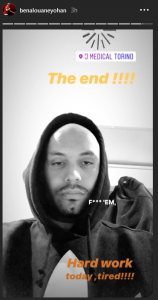 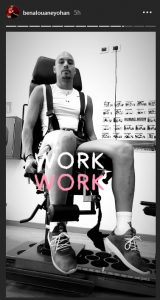 Benalouane posted an injury update on Instagram which reveals he’s undergoing rehabilitation in northern Italy and was at a medical establishment in Torino. Forest have a two-week break for the international fixtures, but it remains to be seen if their defender will return when it’s over.

Whether Benalouane has a chance of featuring under Sabri Lamouchi remains to be seen, however, too. The Tunisian international, who has made 14 appearances since joining from Leicester in January, has stiff competition from Michael Dawson, Joe Worrall, Tobias Figueiredo, Jack Robinson, Chema Rodriguez & Alexander Milosevic for a starting place.

With Forest currently second in the Championship and boasting the second-best defensive record, Lamouchi is unlikely to make unnecessary changes to his backline. There are four players ahead of Benalouane in the pecking order who aren’t even in the starting lineup, so he might be short of opportunities in 2019/20.