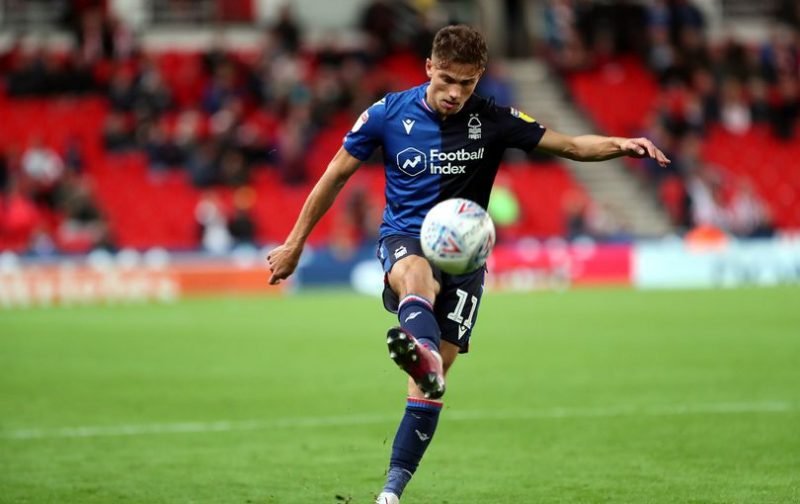 It’s probably fair to say that Matty Cash is unlikely to experience an end to a season quite like the one he has endured with Nottingham Forest over the past few weeks.

Not only did the right-back find himself part of a side playing games behind closed doors to an unrelenting schedule in the midst of a global health crisis, he also saw a run of six games without a win at the end of the campaign, culminating in a three-point, five-goal swing on the final day of the season deny his side what had looked to be an all but certain Championship play-off place.

Now, with another season in the second-tier looming into view, it seems as though Cash is ready to shake off the disappointment of the past few weeks, and go again in the battle for final achieve that long-awaited promotion back to the Premier League for the club.

Taking to Twitter for the first time since that infamous 4-1 defeat at home to Stoke just over a week ago, Cash thanked the club’s supporters for their backing over the course of the season, while also stressing the importance of moving on to the next campaign, and admitting he had taken time to reflect on recent events.

Responding to that post from Cash, plenty of Forest fans were keen to show their support for the right-back, with many urging him to stay at The City Ground for another promotion push next season.

Here, we take a look at what some of them had to say.

I love you, don’t leave, thanks.

Love you Matty. Let’s learn from this and come back stronger 👍 #nffc

You’ve had such an amazing season Matty, you should still be proud. Use how this season ended as motivation for the next one! This club will get back where it belongs! 👏🏼

Player of the season for me. Please dont go

Top season Matty, but next season is the one! Stick with us and you’ll be in the Premier League by this time next year.

If the massive season ahead sees you committed to the NFFC and the belief and dreams of all of us Garabaldi Reds then let’s do this together ! You’ve had an excellent season and Lamouchi has turned you into the most exciting and most talented right right back in the league!

Thanks for an amazing season matty and you and the guys did us proud, OK it didn’t work out how we wanted but massive improvement from last season and I guess you’ll have lots of options in the summer, hopefully you’ll stay, good luck for whatever your future holds. Forest 4ever

Cracking season and made that spot your own. You know we are the right club for you and I think you will be key in helping us reach the premiership next season. He’s a star man, running down the right………