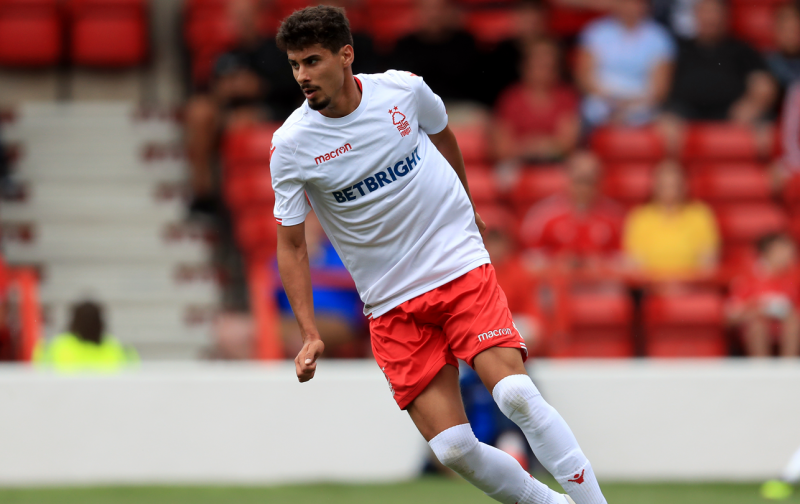 After Nottingham Forest threw away a 3-0 lead away to Norwich City on Boxing Day, fans turned on Gil Dias for the part he played in his side’s collapse. Forest were 3-1 up in second-half injury time but shipped a further two goals to drop two points at Carrow Road.

Dias was partly responsible for the equaliser after failing to clear his lines when the ball was in the box and it sums up a miserable spell in the Midlands for the midfielder.

Please tell me how Gil Dias is a professional footballer #NFFC

Gil Dias is not a Championship player. A good kid but just lost that game for Forest!

Gil Dias cost us there. Been useless again since coming on and his schoolboy error in the dying seconds means it’s 2 pts down the toilet ????

Shame because that would have been a phenomenal result for #NFFC

Dias is awful, ain’t rated him since he came.. send him back to where he came from.

Dias joined Forest on loan from AS Monaco over the summer and had a buying option attached to his contract. After failing to score or create a goal in 19 Championship appearances, it’s hard to see the Reds turning his deal permanent at the end of the season.

Aitor Karanka has only recently dropped the 22-year-old from Forest’s starting lineup and may have wished he kept him on the bench against Norwich. Dias hadn’t featured in the Reds’ last two league games and may be taken out of the spotlight against Millwall on December 29.

Supporters are questioning why Dias continues to feature when he provides very little and Karanka might ask himself the same question after their collapse at Norwich. The 3-3 draw leaves Forest 10th in the Championship, three points adrift of the playoffs and four games without a win.