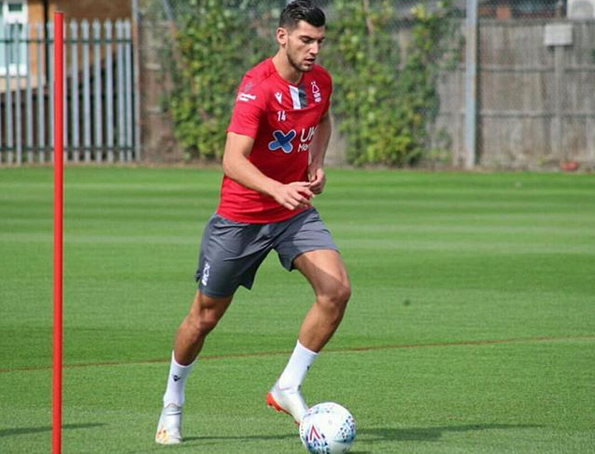 It’s probably fair to say that Rafa Mir is a name that will be remembered all that fondly around The City Ground.

Joining on a season-long loan from Wolves back in the summer transfer window, it seemed Mir had been brought in to help relieve some of the goalscoring burden placed on Lewis Grabban upfront for Forest.

That however, is something that simply did not happen, with Mir making just 13 appearances in all competitions for Sabri Lamouchi’s side without scoring, before seeing his loan deal cut prematurely short in January.

Since then however, things have gone rather better for Mir, who subsequently joined Spanish side Huesca on loan until the end of 2021, and went on to score nine goals in 18 league appearances to help them win promotion back to La Liga.

That it seems, is something that has now earned Mir some pretty high-profile suitors, with Marca now claiming that Atletico Madrid have been credited with an interest in the attacker.

Taking to Twitter to react to those reports, it is perhaps understandable to see a number of Forest fans surprised by these reports, given what they saw of Mir during his time at The City Ground.

Here, we take a look at what some of those supporters had to say about these claims.

The crazy world of football 😂

Probably a hype story from his agent, but the facts are players play better when they are a regular in the team. 5-10 mins here and there are not likely to elicit the best from a player!

As if 2020 couldn’t get any weirder,Rafa Mir is wanted by Athletico Madrid HHAHAHAHAHAH #NFFC https://t.co/wiJ3kCwFSv