Well, it’s been the subject of much debate so far this window, and now it looks like we have our answer.

Now we just have to wait and see whether or not we made the right choice. Not just for the club’s sake, but also for the development of the young man.

According to John Percy of The Telegraph, Nottingham Forest are set to recall Tyler Walker from his loan spell at Lincoln City. The 23-year-old has had a great season so far in League One, scoring 16 goals in all competitions for the Imps, now we’ll just have to wait and see if he can transfer those skills over to the Championship and help Sabri Lamouchi’s men in their promotion push.

When the news came through, it’s fair to say that there was a large sense of optimism amongst the Forest fanbase, with a few people pointing out that this wouldn’t be much of a story if he wasn’t our player to begin with, and that we should focus on his ability rather than his situation.

Tyler Walker man on form this season in league 1 scoring for fun. Hope haven’t bought him back throw him on bench because what is point just knock his confidence back again…. #NFFC

If we had just spent £5m on Walker everyone would be buzzing with his record & age, that’s a great move long overdue #nffc

Happy that we are recalling Tyler Walker. It wasn’t that long ago we paid alot of money for arguably League 1’s best striker. #NFFC

Forest recalling Tyler Walker is the club’s best decision of the season. It’s not even a gamble.

Signing a random French striker is, but Walker is an ideal bench backup to Grabban.

And, if #NFFC don’t go up this season, the experience will benefit him and them next term. #EFL

If Tyler Walker wasn’t already ours, fans would be buzzing about signing one of League 1s best prospects.

Now break the bank for a quality winger. #NFFC

Oh good, Tyler Walker is on his way back! Nobody’s saying he will be as prolific as Grabban, but he will give us another option. I’d feel more confident knowing he was on the bench instead of lots of wingers. #nffc

Tyler Walker back then. Great for us, not so great for Lincoln. #nffc

Reports in that Walker is being recalled, great news in my opinion. Give the lad a chance, he’s one of our own and comes from the same stable as Cash, Worrall, Osborn etc. Really excited to see this lad in a Forest shirt once again with a point to prove! #NFFC #NFFCFANS

Are the club right to recall Walker this window? 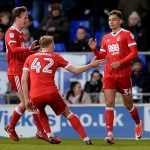 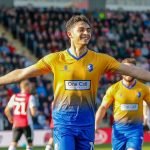 Whilst it would be harsh on him to expect to deliver 20 goals between now and the end of the season, just a few here and there will help the cause, and by the sounds of it, these fans seem confident he can do that.